Learning hasn't always been this way 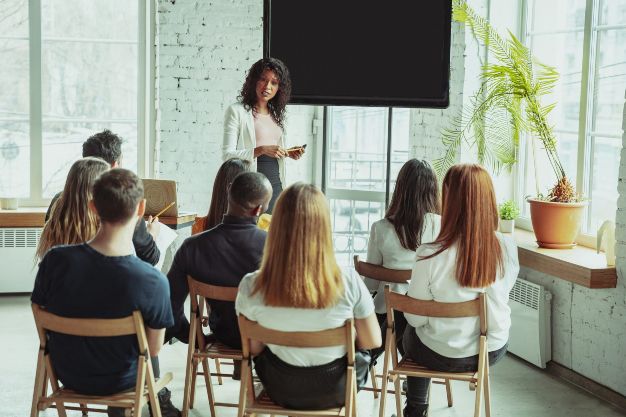 When we think about the current teaching format, that involves one person speaking and everyone else watching passively, we remember that we did not feel much encouraged at the time we were studying. The same is often the case when regarding company training.

Many think that learning has always been this way, but it is not true

In the period of ancient Greece, Socrates (469-399 BC) created the so-called Socratic methodcreated the so-called Socratic method, a technique of philosophical investigation that used questions to lead the student to reflection and discovery. In it, the teacher asked questions leading the student to reflections and possible contradictions. In this way, he induced people to learn with their own through and reasoning.

Later, in the Middle Ages, the education process was the responsibility of the church. At its height, at the time of São Tomás de Aquino (1225-1279 AD), the student had an essential role in the process. Often debates between students and teachers were held in public. However, few had this privileged, as a small portion of the population could study.

From this point on we know that little has changed. With technology, courses began to be remote and distance learning emerged. However, the format remained expository and with little student interaction. That is why many people do not feel encouraged to go to school or attend training at the company where they work.

But how can we have a stimulating learning environment again?

If in the 19th century we had the construction of the current teaching model, during this period we also had the start of what became the greatest teaching trend of the 21st century. Through the application of gamification in education we are seeing incredible changes in students learning curve. Play2sell uses gamification to empower sales teams in a fun and engaging way. 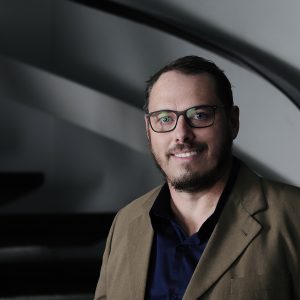 Felipe dos Santos is an entrepreneur. Bachelor in Economic Sciences from UFRGS, he has an MBA in Real Estate Business at FGV. He was co-founder of leading technology companies for the real estate market. He is currently co-founder and CEO of Play2sell and Mentor at the Founder Institute.
See all posts

Sign up for the Play2sell newsletter to receive the main content on sales management and gamification right in your inbox.

We may use them to analyze our visitor data, to improve our website, to show you personalized content and to provide you with a great experience on the website. For more information about the cookies we use, open the settings.
SettingsAccept all
Manage consent

This website uses cookies to improve your experience while you navigate through the website. Out of these, the cookies that are categorized as necessary are stored on your browser as they are essential for the working of basic functionalities of the website. We also use third-party cookies that help us analyze and understand how you use this website. These cookies will be stored in your browser only with your consent. You also have the option to opt-out of these cookies. But opting out of some of these cookies may affect your browsing experience.
Necessary Always Enabled

Performance cookies are used to understand and analyze the key performance indexes of the website which helps in delivering a better user experience for the visitors.

Analytical cookies are used to understand how visitors interact with the website. These cookies help provide information on metrics the number of visitors, bounce rate, traffic source, etc.

Advertisement cookies are used to provide visitors with relevant ads and marketing campaigns. These cookies track visitors across websites and collect information to provide customized ads.

Other uncategorized cookies are those that are being analyzed and have not been classified into a category as yet.