Examples of gamification that worked

Did you know that

and game are not the same thing? Gamification is the application of game elements, in digital or analog form, while the game is a 100% digital technology. To clear any doubts, in addition to listing examples of gamification in companies and in education we showed here the games in our day to day lives:

When we were children, we loved to receive an invitation from a friend saying: "wanna play?"

We spent delicious moments having fun, playing hide-and-seek, board games such as chess, Monopoly, War and playing video games such as Super Mario, Street Fighter II or World of Warcraft. Games, therefore, have always been part of our lives.

“Game is a term from the Latin “jocus”

means joke and fun." Studies date back to 2,600 BC. Conceptually, game is defined as a structured form of play, intrinsically motivated, with the aim of having fun and entertainment.

The first examples of commercial gamification:

The first examples of gamification appeared in companies that aimed at greater customer engagement, such as Pan Am, Nike, Foursquare e Waze.

Pan Am and the airline loyalty program

The Pan Am pioneered the frequent flyer program called WorldPass, which became a sales success. As you purchased tickets, you accumulated points and exchanged for free flights. Size was the success that the Pan Am became the largest US airline. But later all other companies started to have their own program.

One of the most popular gamification examples is the Nike+ FuelBand.

Unlike loyalty programs, the company created a bracelet that monitored the time and distance traveled by the user. Associated with an application, it was possible to share with friends on social networks the path traveled and the statistics of user's physical activity. The success was instantaneous. In 2013 Nike already had more than 11 million users.

My first experience with gamification

My first experience with gamification was using Foursquare, an application that recommended restaurants and allowed you to check in them. The location platform was created in March 2009, with the features that allowed the possibility of giving references about the place, and at the same time, earning points. If the user earned enough points he became the mayor of the place. Your friends could compete with you for ranking at the top. In 2017, it earned more than US$100 million dollars.The app started to gain traction, reaching 55 million users. In 2017, it earned more than US $ 100 million dollars, serving as a reference for finding good bars and restaurants.

Waze is a platform based on satellite navigation. The system uses users traffic data to determine the average speeds of the roads, informing the fastest routes for drivers. The company founded in 2008 in Israel uses a points system that encourages users to report details about traffic, such as accidents, congestion, police stops, among others. In 2013 Google bought the company for $ 966 million. Today the company has more than 130 million users in 185 countries. 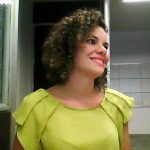 Mariana Araújo is from the customer success team and loves technology. In addition, it is always up-to-date on the best solutions to sell more.
See all posts

Sign up for the Play2sell newsletter to receive the main content on sales management and gamification right in your inbox.

We may use them to analyze our visitor data, to improve our website, to show you personalized content and to provide you with a great experience on the website. For more information about the cookies we use, open the settings.
SettingsAccept all
Manage consent

This website uses cookies to improve your experience while you navigate through the website. Out of these, the cookies that are categorized as necessary are stored on your browser as they are essential for the working of basic functionalities of the website. We also use third-party cookies that help us analyze and understand how you use this website. These cookies will be stored in your browser only with your consent. You also have the option to opt-out of these cookies. But opting out of some of these cookies may affect your browsing experience.
Necessary Always Enabled

Performance cookies are used to understand and analyze the key performance indexes of the website which helps in delivering a better user experience for the visitors.

Analytical cookies are used to understand how visitors interact with the website. These cookies help provide information on metrics the number of visitors, bounce rate, traffic source, etc.

Advertisement cookies are used to provide visitors with relevant ads and marketing campaigns. These cookies track visitors across websites and collect information to provide customized ads.

Other uncategorized cookies are those that are being analyzed and have not been classified into a category as yet.